Thunderrealm Island is the flagship MMO from the developers at Metacyn. It's a team-based, quest-driven experience set on an island filled with secrets.

Thunderrealm Island is an outdoor game in which guilds race to complete quests and unlock the secrets of the island. All characters have been shipwrecked on the island and are attempting to thrive in this new environment until they can return to their home nations.

Game sessions are likely to be between four and six hours, and may be held at a variety of venues within Wellington’s central suburbs. It is important to note that games may be held in public parks and similar locations, which may involve playing near members of the public. If you have concerns about this, you are welcome to discuss with us whether this game is right for you.

The GM team is Russ Kale and Morgan Atkins. We can be reached at: thunderrealm.island@gmail.com

Enter the world of Thunderrealm Island 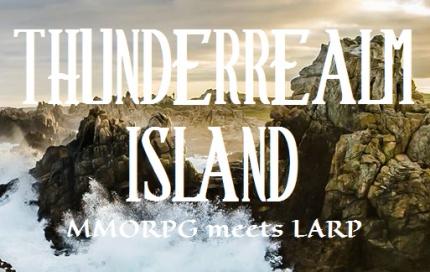